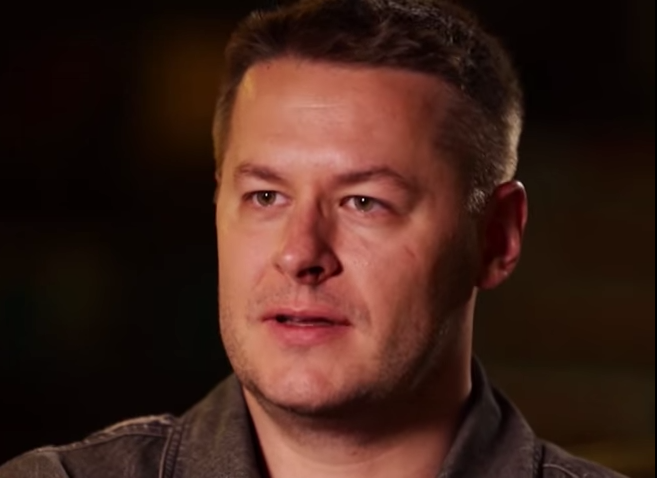 When he was in high school, Christian apologist David Wood thought he was the next level of human evolution. He ignored normal social behavior to the point where he decided his own father was getting in his way and he tried to hammer him to death. It was while serving time in prison for his crime however that he said everything changed after he tried a little faith.

“I was in high school biology when evolutionary theory was laid out for us…I concluded that I was at a higher state of humanity where I wasn’t held back by emotions to what other people were so I came to regard the rules that other people follow as kind of brainwashing me,” he said Wood in an interview with CBN.

So Wood started acting out. He broke into places and got himself into a world of trouble until he decided to do the unthinkable.

“I felt like I was stripping away these layers of rules people had been imposing on me my entire life. It was an amazing feeling. I really wanted to be free of everything I had been brainwashed to thinking about right and wrong and I decided to kill my dad,” he said.

Wood however didn’t want to just kill his father, he wanted to take his life brutally.

“I decided to do it in a brutal fashion, not a gunshot. I was gonna do it with a hammer. When I walked up to my dad I’ve got a hammer in my hand, I hit him in the head seven or eight times until I thought he was dead and I just left,” he said.

Luckily, before the last breath of life left his father help arrived.

“One of his friends Jim, found him covered in blood, took him to a hospital and so I went to my mom. ‘Hey, I may have done this’ because I think I’m being told on at that moment. Instead of taking me to the police or anything, she took me to a psychiatric hospital. They made a report based on the time that I was there. It said ‘antisocial personality disorder,’” he explained.

Wood however was later removed from the psychiatric hospital and taken to jail. He was convicted of malicious wounding and sentenced to 10 years in prison where he clashed with Christianity.

“He started arguing with me and started tearing me to pieces. He was very different from other Christians I had argued with in the past and I ended up with, for a couple of months a series of arguments about Christianity with Randy versus my worldview,” he explained.

Wood realized that Randy was beating him during the arguments and chalked up his advantage to his knowledge of the Bible. So he decided to invest some time in reading Scripture and was surprised.

“I have to say that I was impressed with Jesus. I went from thinking that I’m the best person in the world to thinking I’m the worst person in the world. The question came up, either I’m stuck like this or there is someone out there who can deal with this who out of anyone had the ability to change, radically change severely messed up people?” he said.

“It’s Jesus or it’s nothing. It’s Jesus or no hope. I bowed down and I prayed and I said ‘God, I don’t know if I’m gonna believe in you tomorrow but I believe in you right now. If you can do anything with me you’re welcome to it. And I ran through the sinner’s prayer that I’d heard there in the jail. When I sat up, the whole world looked different. I was in a different place like everything was a different color and I didn’t know if this was something weird going on and I didn’t want to hurt anyone at that point and some amazing calm…I finally could just sit down and rest,” said Wood.

From that point on, Woods commit his life to Jesus and he decided to come clean with his father about the hammer attack.

“While I was in prison I thought it would be bad to confess.  My dad had no recollection (of what had happened) but I’m a Christian now, I can’t spend my entire life saying I haven’t done something that I’d done. I’m gonna write a letter to my dad right now and lay everything out to him. He came to see me at the first chance and he said, ‘it’s ok’ and he forgives me. He told me, he said ‘I really didn’t think you did it.’ And for him to hear all that at once and forgive me it’s amazing stuff,” said Woods who spent collectively, a little more than five years in jail and prison.

When he was released in 2000. He said he immediately enrolled in college where he met his wife.

“I was arguing with a young woman who was an agnostic and she eventually became a Christian and we were married the following year,” he said.

“We have kids and getting to watch them grow up. Given the things I’ve done, I should not be able to have this normal life.  It kind of blows me away. I want  people out there to know that there is a creator to this world, there is a point to this world, that other people are important and it’s not just about you,” he said.

WATCH HIS TESTIMONY BELOW:

Ohio Gov. John Kasich, 63, could have completely lost it when a drunk driver killed both his parents in 1987, instead, he says, the tragedy helped him find the Lord. […]