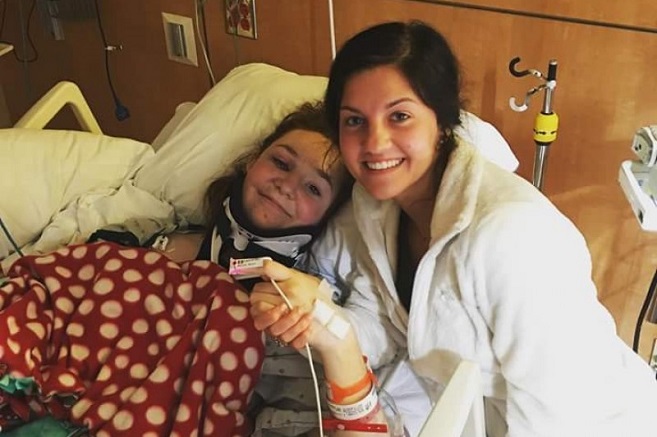 It was a crash even paramedics did not expect anyone to walk away from alive after it happened.

Hannah Smith, 21, however, whose car split in half during the four-vehicle crash in Coon Rapids, Minnesota last Wednesday, is alive and her family believes “God saved her.”

“I get emotional every time I think about it, when I think about her in that car, tumbling, breaking into two,” Hannah’s father, Todd Smith said in an interview with KSTP.

Todd and his wife Becky didn’t know exactly what happened to their daughter on U.S. Highway 10 in Coon Rapids last Wednesday when they spoke with a paramedic but they knew it was bad.

“The one guy told us he’s been doing this for 15 years and he honestly didn’t expect anyone to be alive in there. He’d never seen anyone survive such a catastrophic accident,” Todd recalled. 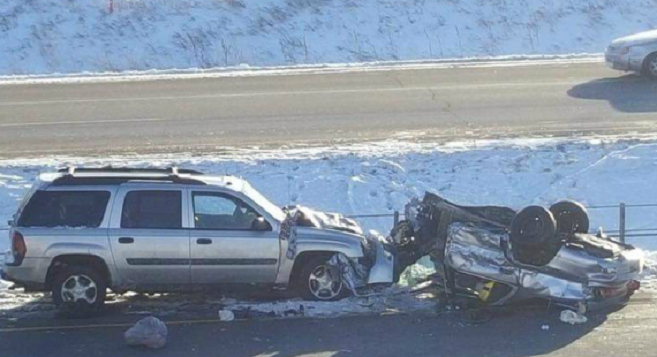 Miraculously, due to what the family believes is divine intervention, their daughter only suffered minimal injuries – a fractured sternum, pelvis, and a broken arm – from the accident. She is now recovering at the Hennepin County Medical Center and improving everyday.

“There was one portion of that car that was survivable and that’s where she ended up,” Todd said. “There was something other than that little Toyota Camry that saved her life. I don’t believe in good luck. I think that God saved her.”

Her family is currently seeking help through a gofundme campaign  to pay for her physical therapy and trusting in their faith again to take them through.

“I just wanted to let everyone know that Hannah’s recovery is going well. She is improving daily and even made it into a wheelchair today. She is in good spirits and has enjoyed all of her visitors. Thank you again for the outpouring of love, support, and prayers. We feel very blessed,” Becky wrote in a post on the gofundme page where she had raised nearly one third of the $5,000 her family is seeking to help Hannah.

“Faith gets you through something like this,” she told KTSP. She is now looking forward to taking her daughter home.

Hannah is a student at Bethel University.

A Cape Girardeau, Missouri family is now giving God praise after their 3-year-old daughter whose heart stopped beating for 12 minutes after she drowned in a pool during a party eventually came back to life and then went on to make a full recovery after countless prayers and a short hospital stay and they are calling it a miracle. […]