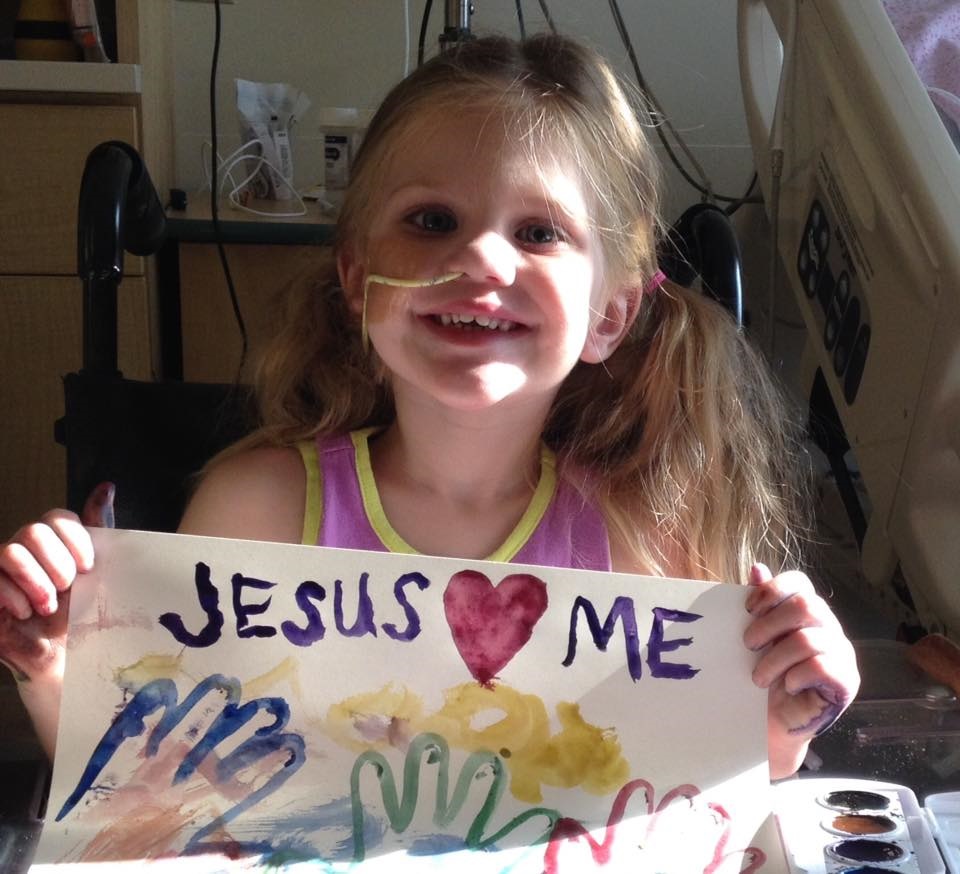 A Cape Girardeau, Missouri family is now giving God praise after their 3-year-old daughter whose heart stopped beating for 12 minutes after she drowned in a pool during a party eventually came back to life and then went on to make a full recovery after countless prayers and a short hospital stay and they are calling it a miracle.

Jamie Nipper tells MSNews Now that she was at the pool party with her 3-year-old daughter Alise on a beautiful summer day on July 29 when the weather got bad after a few hours of swimming.

“We saw lightning from afar, that’s when we had the kids get out of the pool,” said Nipper. “For a split second I thought…keep her (Alise’s) life jacket on.”

Jamie ignored the thought and removed Alise’s life jacket. There really was no reason to do so, she reasoned. Everyone at the party was just about to fellowship over some snacks on the patio before heading home.

After a few moments however, she couldn’t find Alise.

“All of the sudden I look over and she wasn’t there, where I last saw her,” said Jamie and she ran to the pool in a panic.

“I did a pool check, did not see her,” she said. “I decided to do a second pool check and saw her foot under a raft. Something took over me. I remember jumping across the pool, coming up and shouting, ‘Dial 911.’ I was praying while I grabbed her that she would start coughing as if she’d just fallen in, but when I brought her up from the water, it was evident she was without life. She was blue.”

Jamie started CPR on Alise’s lifeless body immediately then her friend, Heather Kyle, a nurse and CPR instructor stepped in to help.

“I had very little hope of a positive outcome,” said Kyle. “I said we are going to do CPR until an ambulance gets here.”

At this point Alise still had no pulse.

“She was pale, no color, had no life,” explained Natika Rowles who watched the episode unfold at the party in disbelief until she stepped in with the only thing she knew how to do in that situation.

“All I knew was to pray,” said Rowles who said she began crying out to God.

“Fear kicks in, but the Word says speak those things not as they were and there was not life,” said Rowles. “We wanted life so we spoke life, because that’s what God tells us to do.”

Both Jamie and Heather continued CPR as she prayed then suddenly, Alise’s heart began to beat again.

“She all of the sudden had color and pink lips,” said Jamie. “Her heart started and she started breathing, it was strong loud breaths.”

“I was so amazed and joyful, I can’t describe it,” she said.

The story however didn’t end there. Alise’s body had taken a beating from the incident and doctor’s weren’t sure what to expect after she was admitted to hospital in critical condition.

“Her body and her brain were hurt,” Doctor Jeremy Garrett told MS News Now. “Her lungs took on severe injury which continued to be a problem.”

The situation was dire and the family was forced to turn to prayer again. A Facebook page, asking for everyone to Boldly Pray for Alise was set up for added support. After two weeks in the hospital, Alise was allowed to go home after her recovery astounded doctors.

His [God’s] hand was in it the entire time because there is no earthly, physical, rational way that little girl is running around and talking less than two weeks later,” said Rowles.

“Her brain has gotten through it, her lungs recovered and as near as we can tell she’s back to functioning as high level a 3-year-old can,” said Dr. Garrett.

“For her brain to come through this and be as functional as possible is astounding,” he added. “Prayer and luck and divine intervention were the key factors.”

Devon Franklin’s ‘uncomfortable’ prayer could be for you

Have you been feeling uncomfortable with life lately? Renowned preacher and spiritual success coach Devon Franklin recently delivered a powerful prayer about discomfort and why it’s sometimes a sign that it’s not a time to give up but a time to grow into a new stage of your life. […]