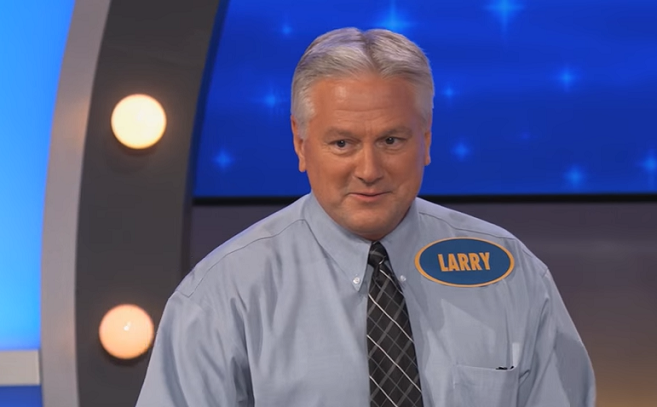 Family Feud contestant Larry didn’t answer his question right on a recent appearance on the popular game show but he managed to move the audience and the show’s host Steve Harvey with a powerful story about why he gives thanks to God for his life every day.

In introducing himself to Harvey, the businessman said he was celebrating the 21st anniversary of his 39th birthday which made the audience laugh until he dropped a bombshell.

“39 is a cool age to stop at but on top of that I had cancer when I was 39,” he said pulling the laughter from the studio.

“When I came out of the operation the doctor gave me two months to live. 21 years later I’m still kickin,’” he declared as the silence was quickly broken by cheers and applause.

“And I thank God every day for my life, my wife, my family my friends,” he said. “Every day.”

In an emotional speech Saturday Kansas City Chiefs safety Eric Berry thanked God for being his support after he was named Comeback Player of the Year at the NFL Honors. […]

Christian country music singer Joey Martin Feek’s battle with terminal cancer is now a painful waiting game filled with inspiration. In the midst of that battle however, she prays “one morning that I just don’t wake up.” […]