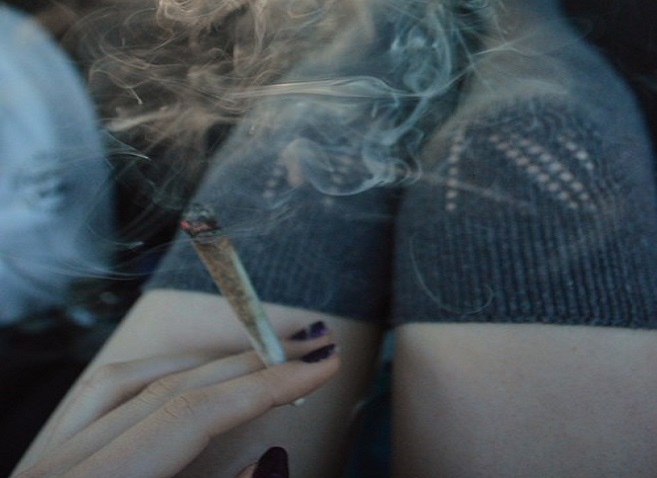 [Editor’s note: The woman who told this story did not want to be identified. She told it from a bus stop along E 110 Street in Harlem, New York]

“I had to pray hard for my sister years ago who was diagnosed with the cancer. She lived like 35 years later. She did chemo and everything. The cancer is not what took her outta here. She had a brain aneurysm just a couple of months ago. And that is what killed her.

“We had faith. She had rectal cancer. She was diagnosed when she was 21 and just died a couple of months ago. I believe that God kept her here for a reason. Oh yeah.

“It’s all in you (too). You have to have the determination to want to live. Some people give up. And that’s what takes them out because they refuse to fight.

“It wasn’t the medicine (that kept her). She felt that the treatment, the chemo and stuff that she was going through was making her sicker. My sister use to weigh 127 lbs at age 19. She only had one child. She seen him grown where she had grandkids. That one son, so yes, you know, if you have someone to help push you to believe.

“She kept saying ‘I can’t eat.’ My sister weighed 88 lbs. She is 5’ 6.5” in height. Imagine her at 80lbs. I ain’t even gonna say 80lbs, I’d say she weighed about 79 lbs during that time because that’s how it ate her up.  She was like a piece of thread because that’s how the cancer ate her up. We just kept saying ‘Niecy,’ her name is Vanessa. We call her ‘Niecy’. We told her ‘Niecy, you got to just trust’. She used to say ‘God, don’t care. Look at me. That’s why I’m like this.’ But you gotta just trust Him. Let Him work his magic. It ain’t gonna happen overnight, you know? She was like well, ‘I don’t eat, I don’t do this’ Ok, ‘what can we do to help you eat?’

“She had a social worker in the hospital that said well, since she don’t want to eat…she began to smoke marijuana, not for the high but to help her eat. It was for the hunger because I hear them say when you smoke that, it makes you eat. You get the munchies and stuff like that so, that’s why you see a lot of people eat junk food. So that helped her.

“And she came to where that, in the hospital I would not lie to you, the hospital made arrangements where she could go in her bathroom and smoke a half a joint so that she could begin to hold her food in. Because as long as she was doing the chemo, she was constantly throwing up. She wasn’t holding nothing down and the only way that she was able to hold her food down is if she smoked some marijuana, ok. So we was (sic) like, ‘we have to find a way to get her some marijuana in the hospital.’ And sure enough…

“I’m on my way to the hospital right now to see my aunty. She’s 90 years old but when He’s ready, He’s gonna take her. There’s nothing wrong with her. She’s just getting old. And my niece said the hospital wants to do surgery on her. Surgery on her for what? She has dementia, there is no cure for dementia. She’s 90, worked until she was almost 70. All her life. Worked down at the VA hospital, so she done lived her life. So if she’s not in no kind of pain, and all because she has dementia? You tell me why you want to do surgery? Because from what y’all telling me, I don’t see no reason. She’s not getting no younger, she ain’t gonna get no better so what do you want her for? To experiment, to put her in agony? It don’t work like that, ‘cause some people would say ok, go ahead do what you gotta do if it’ll be a little progress. There is no progress at certain ages. All I see they want to do is put her in a lot of pain which she is not in right now.  Why make her suffer? Just let her go on home. I believe when her time come she’s going. When my sister time came, she left.”

Devon Franklin’s ‘uncomfortable’ prayer could be for you

Have you been feeling uncomfortable with life lately? Renowned preacher and spiritual success coach Devon Franklin recently delivered a powerful prayer about discomfort and why it’s sometimes a sign that it’s not a time to give up but a time to grow into a new stage of your life. […]