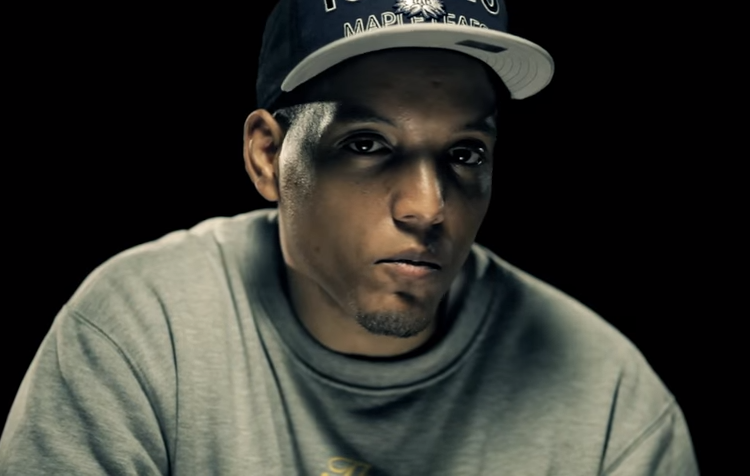 After spending 20 years as a professed Christian, radical British rapper Jahaziel says he is done with the religion.

“I need not explain myself to anyone but I feel the need to make a quick statement. A short while ago I turned away from 20 years as a professing Christian,” he wrote in a post on Facebook on Dec. 22.

The gifted 39-year-old lyricist who turned to Christ after escaping a life of drugs, guns and gang culture when he was just 19 said he had grown disillusioned with corruption in the faith and is walking away to save his integrity.

“After 20 years of being vocal about the positives of [the] Christian faith I would like to take some time to be equally vocal about the negatives I have found. i.e Christianity and its controlling dictatorship, its historic blood trail, its plagiarized bible stories characters and concepts, the many human errors of the bible and its contradictions, the brutal nature of its God, it’s involvement in the slave trade, the crusades, the inquisition, the witch hunts, it’s second class view of women, it’s masculinization of God, it’s emasculation of men, its financial corruption… You get the drift. So YES I will go on, and I will not be silent as some have asked – my integrity will not allow me to be so passive against mass corruption,” he wrote.

“I had a good job with a church organization, a house provided by the church, a large social circle of likeminded people, a career in gospel music, a worldwide fan base, a respected reputation & status within Christian and non-Christian circles… Etc.

“Having left Christianity I may have lost many/all of these things, but what I have is worth more than all of them combined. I have my integrity,” wrote the rapper.

“When I first joined Christianity I was told ‘you must believe this book is God’s infallible word’… Before I’d even read the book!! How can one decide for themselves whether a book is accurate and true BEFORE they have even read & investigated the book thoroughly?!” he added.

Jahaziel’s declaration rippled across the globe eliciting commentary from even Christians who had never heard of him until his announcement like, Professor James White of Alpha and Omega Ministries who called him an apostate in an extended critique of his decision.

Christian label Xist Music also announced that due to Jahaziel’s change of heart they had amicably agreed to part ways and would no longer produce or distribute the rapper’s music.

“There’s definitely no love lost between myself and Sean, and our brother Jahaziel. Every one of us has to take their own path when it comes to their relationship with God, and Jahaziel’s is simply taking him in a direction which is different from the one we claim here at Xist Music. But, we definitely wish him all the best, and he and his family are in our prayers,” said Xist Music’s T. Black in a statement highlighted by repdakingmag.

In a follow-up statement on his new path on Dec. 24, Jahaziel addressed speculation that his renouncing of Christianity was inspired by the Zeitgeist Movie.

“I swear people think I based my views last week purely off watching Zeitgeist loool. My statement btw was not a specific, comprehensive list either, just some loosely worded thoughts to illustrate just a little of my indifference with Christianity. It goes a lot deeper than that one vague statement lol. You can believe the bible and its God all you want but to me he just demands my fear because he cannot earn my respect. I cannot possibly agree that he is love unless I ignore all the men, women and little children he has slaughtered throughout the entire bible,” wrote the rapper.

“Maybe some peoples Christian lenses won’t allow them to see that – cool. Mine didn’t either for s long time. I have tasted and seen – and my conclusion is that Christianity (it’s flawed book, bloodthirsty god and mythical savior) i have found unsatisfactory and unworthy of my allegiance or worship unless by threatening to kill me if I don’t – as Christianity does,” he continued.

“For me it’s back to original spirituality – the love, truth and wisdom my Afrikan ancestors lived and practiced for 1000’s of years prior to Judaism, Islam or Christianity. Principles based on the elements of nature, humanity, universal laws, the stars, true science,” he added.

In the lyrics of a new song called “The Black Halo Intro” Jahaziel declares on the track “allow me to reintroduce me, I’m a bad boy emcee.”

The 39-year-old revealed in a 2008 Cross Rhythms interview that he found his voice as a rapper after he turn his life over to Christ.

“Before I was a Christian, I never really had anything to talk about,” he said. “I used to lie in most of my raps about cars I didn’t own, girls that I didn’t have, about money and stuff like this. I got to the point where I was just like, ‘Nah, I can’t be bothered with it, it’s not serious.’ But when I became a Christian and the more I started to learn about God and the Bible that I found I had things to talk about and a perspective to talk from. So I started to write stuff. Then over the first couple of years the Lord opened doors for me and I went to California, Norway, France and around the UK. I was thrown right in the deep end. I think the first gig I did to an audience was opening for Delirious?. But I didn’t have a clue who they were and I didn’t have a clue what I was doing! It was a bit like that.”