“The Vaillancourt Family is blessed to announce the birth of Wyatt Eli on April 8, 2016,” said an update on the family’s gofundme campaign page which has already raised more than $150,000 of a $175,000 target. Wyatt Eli came nearly six weeks early and Kim gave birth naturally.

“Mother and Baby are doing amazing. Wyatt Eli graced the world with his presence at 3:11am on Friday morning. He weighed in at 4lbs 7 oz and was 17.50 inches long. The Vaillancourt family is beyond grateful for the community’s support and continued prayers during this time,” said
longtime family friend and spokesperson Jenna Koch. 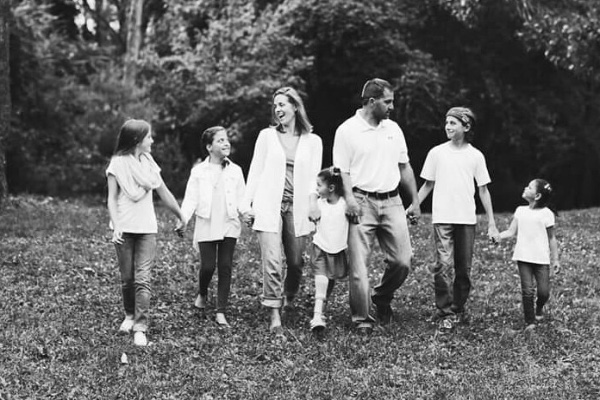 Kim and her husband Phil, 37, who had two biological and three adopted children prior to Wyatt’s birth, have been living an inspirational tale since they discovered Kim’s cancer last December when she was just 20 weeks pregnant.

If it had not been for the baby says the family, Kim would not have gone to the hospital to check on a nagging headache which turned out to be the result of three tumors in her brain.

Neuro-Oncologist Dr. Ajay Abad of the Roswell Park Cancer Institute told WGRZ that without treatment Kim had mere weeks, if not days left to live. The couple believes God used the baby Wyatt to keep Kim alive and her story has been inspiring many across the country.

“Wyatt Eli meaning, ‘little warrior sent by God’ is wrapped in love by parents; Kim and Phil, brother, sisters, family, and countless friends. The family asks for your continued prayers,” noted the update which added that the family is “over the moon excited” to welcome Wyatt into their extraordinary family.
[iframe id=”https://interactive.tegna-media.com/video/embed/embed.html?dfpposition=Video_prestream_external&id=2145534&title=Community%20Plans%20for%20Vaillancourt%20Benefit&site=71&station=ny-buffalo-WGRZ-B3315&api=prod&playerid=6918249996581&dfpid=32805352″ maxwidth=”640″]