Johnny Manuel got a second shot to show the world who he is as a singer and he nailed it.

“I’ve been singing most of my life,” the Flint, Michigan, resident told talent show judge Simon Cowell before his audition on a recent episode of  NBC’s “America’s Got Talent.”

“I got signed when I was about 14 years old to a record label. It did not work out. As a kid, I thought I was gonna take off and see the stars and obviously it didn’t happen that way,” Manuel said.

The 32-year-old got a record deal as a teenager and sang under the moniker Lil’ Johnny. A few years later however he was dropped by the label and he went into depression. He put his dream as a singer on hold and worked odd jobs in retail and other industries. Manuel also previously auditioned for FOX’s “American Idol” but didn’t find break out fame. He refused however, to give up.

“You’ve still got the dream, what do you hope could happen off the back of this,” Cowell asked him.

“Oh my God. I hope what can happen is that I am finally able to be who I am and present myself and my music to the world,” he replied.

“Well listen Johnny, I hope this works out for you,” Cowell said wishing him well.

Manuel then gave a thumbs up and the soundtrack for the late Whitney Houston’s “I Have Nothing” began to play.

He then blew the audience with a performance that show host Tyra Banks thought Houston heard from the grave. 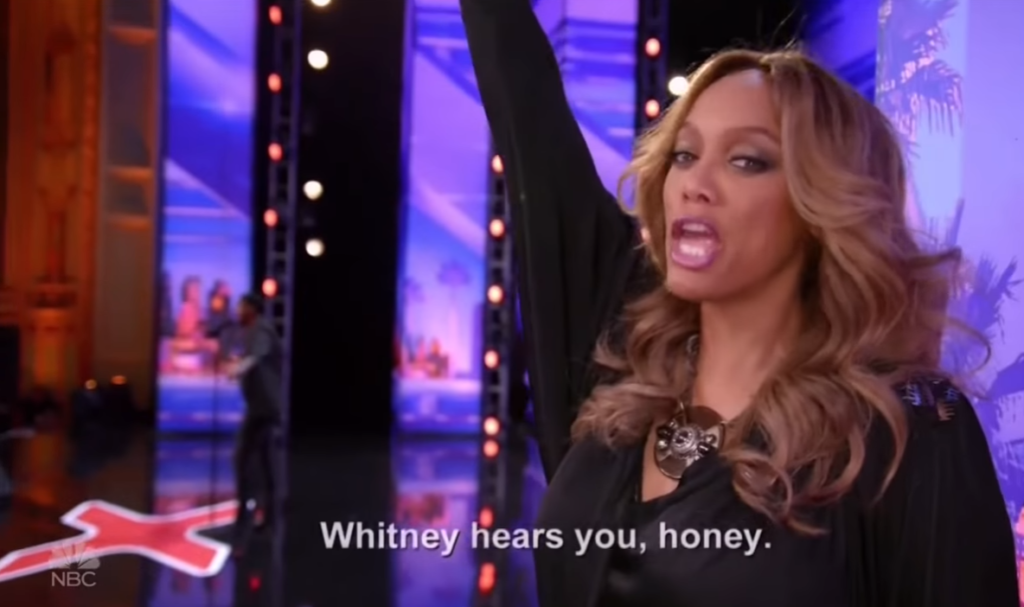 The recording of the performance has since been seen by millions in the last week and has inspired a number of reaction videos on YouTube.

Let’s hope Manuel finally gets to live his dream.