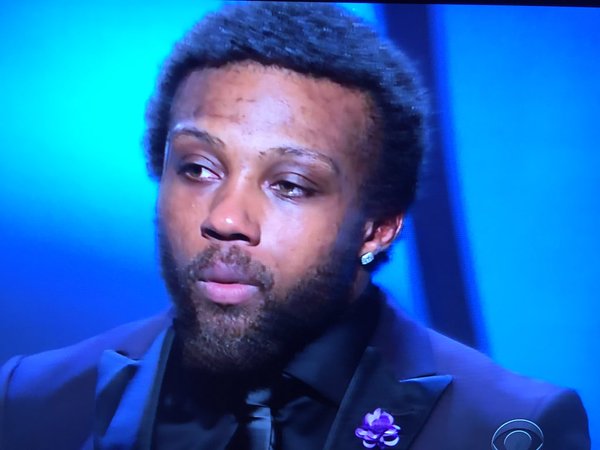 In an emotional speech Saturday Kansas City Chiefs safety Eric Berry thanked God for being his support after he was named Comeback Player of the Year at the NFL Honors.

Many according to NFL.com agreed that his return from Hodgkin’s lymphoma – a common type of cancer of the lymphatic system – was the best story in football this season. In Berry’s world however, he never could have made it without his faith in God.

“Thank you. I’m truly honored and truly blessed. I have so many people I want to thank but I just want to thank God because there were some tough times. Some times when I felt like I couldn’t do it anymore. In times of uncertainty I just leaned on Him,” he said.

Standing before a supportive audience of his peers and others, Berry said “I feel like I’m dreaming right now.”

He left his team in late 2014 to battle his condition but returned in 2015 to earn his fourth Pro Bowl selection and second first-team All-Pro nod according to nfl.com.  Berry who is just 27 looked as good as ever for a Chiefs defense and helped his team in an 11-game win streak.

Watch his full speech below as well as his discussion of his comeback.

Christian country music singer Joey Martin Feek’s battle with terminal cancer is now a painful waiting game filled with inspiration. In the midst of that battle however, she prays “one morning that I just don’t wake up.” […]