A year ago at the 2015 Grammys popular singer Beyoncé Knowles-Carter delivered a moving statement on race through a performance of the gospel song “Take My Hand, Precious Lord.”

A few days later, she release a mini-documentary about the performance called, “Take My Hand, Precious Lord: The Voices.” It features interviews with the black male singers from her Grammys performance talking about what it means to be a black person in America today and how healing can be found in song.

It also revealed how important the song was to the singer herself too.

“The first time I heard ‘Precious Lord’ I was a kid and my mother sang it to me, my mother played me Mahalia Jackson’s version and she sang the song with her eyes closed and she was a vessel. And it was like God speaking. Using her body to speak and to heal,” said Knowles in the video.

So for her performance, she wanted to embody that same spirit along with everyone else who would perform with her as well.

“I wanted to find real men that have lived, have struggled, cried and have a light in the spirit about them. I felt like this is an opportunity to show the strength and vulnerability in black men,” she explained.

And after a year of racial upheaval and discontent about police brutality in 2014, one of the singers said the delivery of the song was an opportunity to usher in a “vibration of love and healing.” 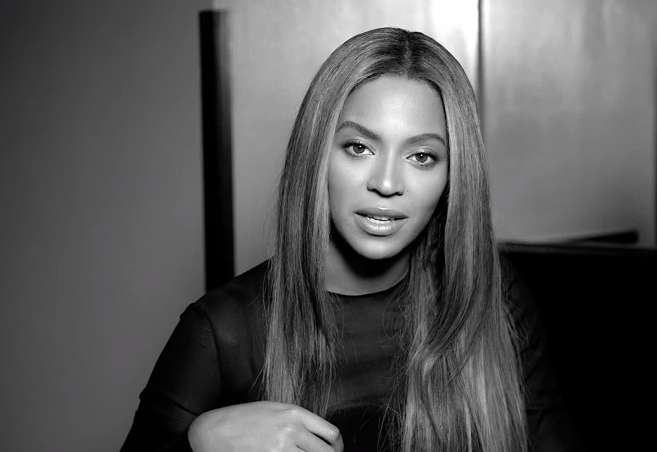 “‘Precious Lord’ could be an opportunity to deposit and just send out a vibration of love and healing to the world because people are just hurting right now you know. People lost a lot last year. A lot of deaths, a lot of negative energy,” said one of the singers.

“Music is a way to bring race together, especially like church. You go to church and you know, in the choir, you’ve got whites, you’ve got blacks. Men, women, you know. Music. We all listen to the same music, you go to a nightclub you have hip-hop playing, you have white kids, black kids, white girls, black girls, it’s amazing. But sometimes, as soon as you leave the club, white people go to the left. Black people go to the right. You know, but music will always bring us together,” explained another.