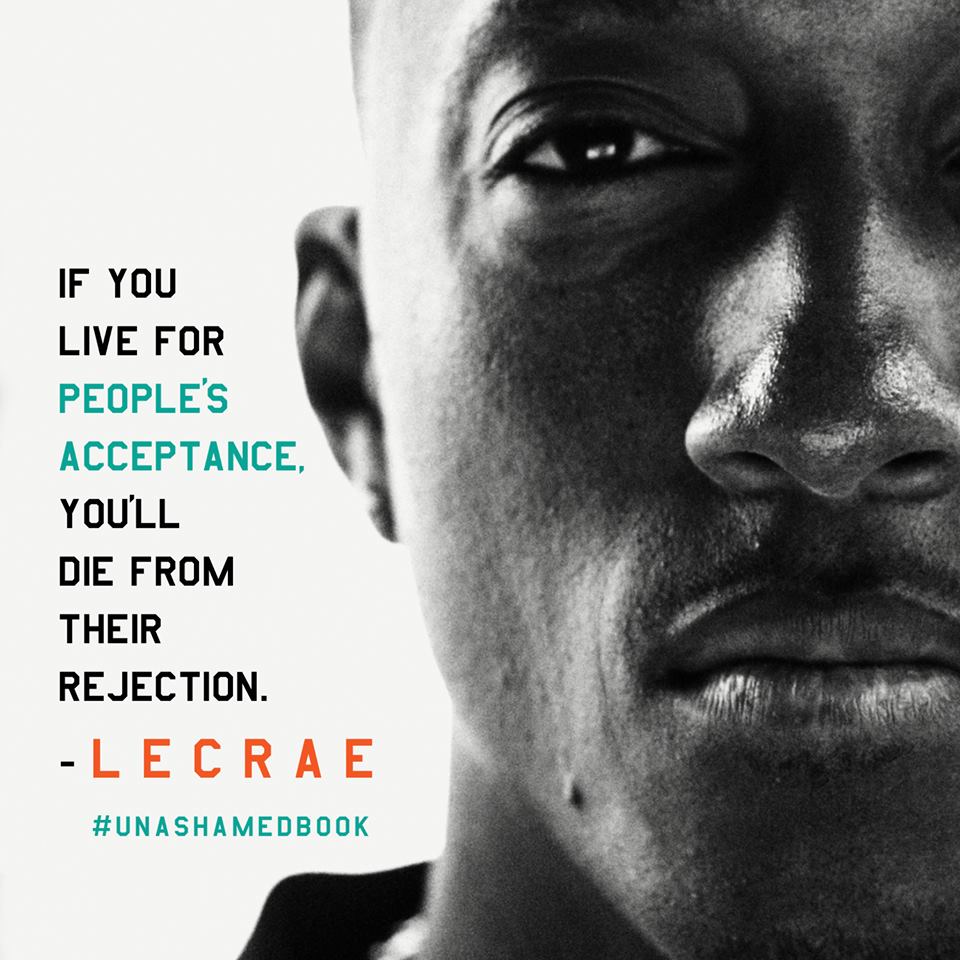 As the world awaits the May 3, 2016 release of his new book “Unashamed” in which he is expected to chronicle his faith journey, Christian rapper Lecrae says following Jesus isn’t easy.

“When I decided to follow Jesus that night in Atlanta, I assumed that becoming a Christian would make life easier. I thought the rest of my life would be smiling and smooth sailing. I assumed I wouldn’t be tempted by women and partying and acceptance and all the things that I’d been a slave to for so many years. I thought I would walk around with a continual inner-peace and serenity like Gandhi or something,” the rapper revealed in a post to his more than two million followers on Facebook Tuesday night.

“This turns out to be a lie that too many people believe. You’ll actually experience more temptation, not less, after you become a Christian. Following Jesus doesn’t mean you’ll start living perfectly overnight. It certainly doesn’t mean that your problems will disappear. Rather than ridding you of problems or temptations, following Jesus just means that you have a place—no, a person—to run to when they come. And the power to overcome them,” he added.

The teaser appears to be an excerpt from “Unashamed” for which a pre-sale campaign began in January.

The two-time Grammy winning hip-hop artist is expected to share the lessons he learned through his life challenges — childhood abuse, drugs and alcoholism, a stint in rehab, an abortion, and an unsuccessful suicide attempt.

Lecrae became a household name when his 2014 album, “Anomaly,” debuted at #1 on the Billboard Top 200, Rap, Digital, Christian, Gospel, and Independent charts. His seven studio albums and mixtapes have also sold more than 1.5 million copies and he has been the recipient of numerous musical awards and nominations.

He lives in Atlanta, Georgia with his wife and three children and despite his success, he holds fast to his faith.

Former New York Knicks shooting guard Landry Fields who is now an unrestricted free agent after a series of injuries derailed his career in the NBA revealed Saturday that God has used his injuries to “fold faith into me.” […]

I was hoping to support brother DeVon Franklin in his allegedly strong defense of his wife, actress Meagan Good’s choice of clothing in a video that I have been hearing about all week. After seeing it for myself, I have to say, it was rather cringeworthy. […]