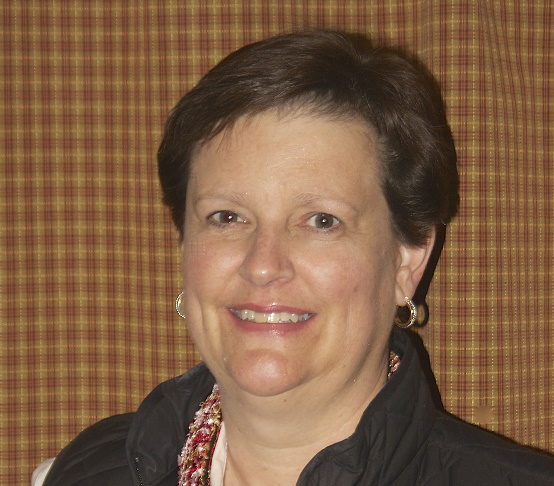 When you hear the words, “The breast cancer has spread to your liver; you are now Stage IV”, your world and life as you know it are changed forever. You are faced with a crisis of belief and your faith is tested.

That was my experience in August, 2013. During the next year, I would undergo 20 rounds of chemo, 32 radiation treatments and an ablation of the lesion on my liver. In April, 2014, I was considered to be in remission.

While in active treatment, I read a quote by Oswald Chambers: “A crisis doesn’t make a person; it reveals what they are already made of.” My crisis certainly revealed what I was made of – some areas were good, some needed work.

Here are three truths that were confirmed to me at that time:

1) God’s promises are personal. I’ve always admired the Bible characters who acted in great faith during their own crisis of belief because they clung to God’s promises like Noah, Abraham, Moses, David and Paul. But I never needed to claim these same promises as my own. My crisis didn’t create this truth, I already knew it and just needed to put it into action.

My flesh and my heart may fail, but God is the strength of my heart (and body) and my portion forever.  Psalm 73:26

2) God’s presence is permanent. How many times had I heard and even said myself, “God’s with you; you don’t need to be afraid.” I must be honest; this crisis tested my faith on this truth. There were days and nights when I questioned and couldn’t feel God’s presence through the physical and emotional pain. Did that mean He wasn’t there and had abandoned me in my greatest time of weakness? No. Instead His promise was revealed that although He didn’t remove my pain, He was there going through it with me.

The Lord himself goes before you and will be with you; he will never leave you nor forsake you. Do not be afraid; do not be discouraged.  Deuteronomy 31:8

3) God’s peace is perfect.  Isaiah 26:3 says, You will keep in perfect peace those whose minds are steadfast because they trust in you. I was reminded of this truth and promise on several occasions. When you are in active cancer treatment, your calendar fills up quickly with doctor appointments, tests and scans. It’s those days between the test and waiting for the results that can cause the greatest anxiety. It is in these times that your mind can go in a million directions of “what if’s?” You can’t let your mind wander; it must be steadfast on God and His goodness and perfect peace at all times.

My crisis didn’t make me who I am, it just revealed and reminded me of what I already know in my heart to be true. What about you? When you’re faced with a crisis of belief, whether it be physical, spiritual, relational, emotional or financial, what does it reveal about what you’re made of?

On April 15, 2015, my faith was tested again when I was told the cancer was back on my liver and that this time it is “not curable, only treatable.” These words can shake your world and trigger a sense of hurt and hopelessness.

My first reaction was anger; not at God necessarily, but at the cancer itself. I was just getting my life back to “normal.” I was a survivor. I had fought cancer and won. I was an overcomer. But on that day in April, all those “victories” meant nothing.

The truth that has been revealed to me now is that this battle is not mine to fight! God’s plans are to prosper me and to glorify Himself and not for me to question or try to control. I Chronicles tells us of the children of Israel crying out to God: They were helped in fighting them (their physical enemies) because they cried out to him during the battle (5:20a).

I don’t know what battle you may be fighting right now or how confident you feel in defeating your “enemies”; I can only speak for myself. And I’m saying, I’m done fighting a battle I have little to no control over. I once thought I was strong enough to fight this enemy of cancer on my own. Being an experienced veteran of this nonsense, I believed I knew what to do, how to think, what to say, how to feel, etc.

That’s so not the case! I am in a battle with an enemy that is determined to destroy me. I have no control on what it does to my body. It’s not like heart disease or obesity where you can change your lifestyle and you are cured. Sure, I can eat better, think positive thoughts, pray for healing, but in the end it is God’s battle to fight, not mine (I Chronicles 5:22a).

I have cried out to Him in the middle of this battle because I know He’s going through it with me and I know He hears my cries.  I also know that God will have the final say of when and where I am healed; here on earth or in heaven; but He will heal me. So have I given up? Not at all, but I have given up using my precious energy trying to beat something bigger and badder than me and trusting God to do the fighting.

Instead, I am concentrating on living! I am determined to make the most of my good days to do the things I want to do, go the places I want to go and be with the people I want to be with. I try not to (but it’s not always easy) wonder and worry how this battle is going to end but rather fix my mind on God’s perfect peace, taking control of what I can and being grateful for the blessings I have in this present moment.

Are you trying to fight a battle you have no control over? Do you trust God enough to let him handle it? Don’t waste your time and energy stressing over the outcome. Drop your weapons and cry out to God knowing that He hears and have faith that He will answer in His time and in His way. Enjoy what is happening around you today; for tomorrow is not guaranteed for any of us.

After delivering a “magical” version of his Sunday Service at Coachella on Easter Sunday, multi-talented rapper, Kanye West, is said to be considering starting a more permanent church community that would focus on healing people through the arts. […]

Days after signing a four-year, $140 million contract extension to become the NFL’s highest paid player, Christian Seattle Seahawks quarterback Russell Wilson generously thanked each of the 13 linemen who protect him on the field with $12,000 in Amazon stock. […]

Nicole Kidman is a strong believer who was ‘raised praying’

At 51, actor Nicole Kidman says she has been teased for her faith but isn’t afraid to tell the world that she is a strong believer in God who was “raised praying.” […]

A woman charged with the fatal shooting of a Tennessee pastor earlier this month for allegedly breaking her heart appeared in court Tuesday. […]

Sixteen-year-old Primasha Fernando’s eyes glazed with tears as she struggled to recall the horror of what she witnessed in the aftermath of the Easter Sunday bombing at St. Sebastian’s Church in Negombo, a majority Catholic city in Sri Lanka. […]

Reactions condemning the deaths of more than 200 people and the wounding of another 450 after eight bombing attacks in at least three churches and three hotels in Sri Lanka as Christians observed the culmination of Holy Week came swiftly Sunday. […]

More than 200 people are dead and another 450 left wounded after eight bombing attacks in at least three churches and three hotels in Sri Lanka as Christians observed the culmination of Holy Week Sunday. […]

How a pastor blessed by Billy Graham became a drug runner

Former Pastor John Lee Bishop. Screenshot/YouTube When the late legendary Baptist minister Billy Graham’s health was declining, one of the few pastors invited to visit him for a personal blessing was John Bishop, the former […]

“So horrible to watch the massive fire at Notre Dame Cathedral in Paris. Perhaps flying water tankers could be used to put it out. Must act quickly!” President Donald Trump tweeted in reaction to the fire before adding hours later, “God bless the people of France!” […]